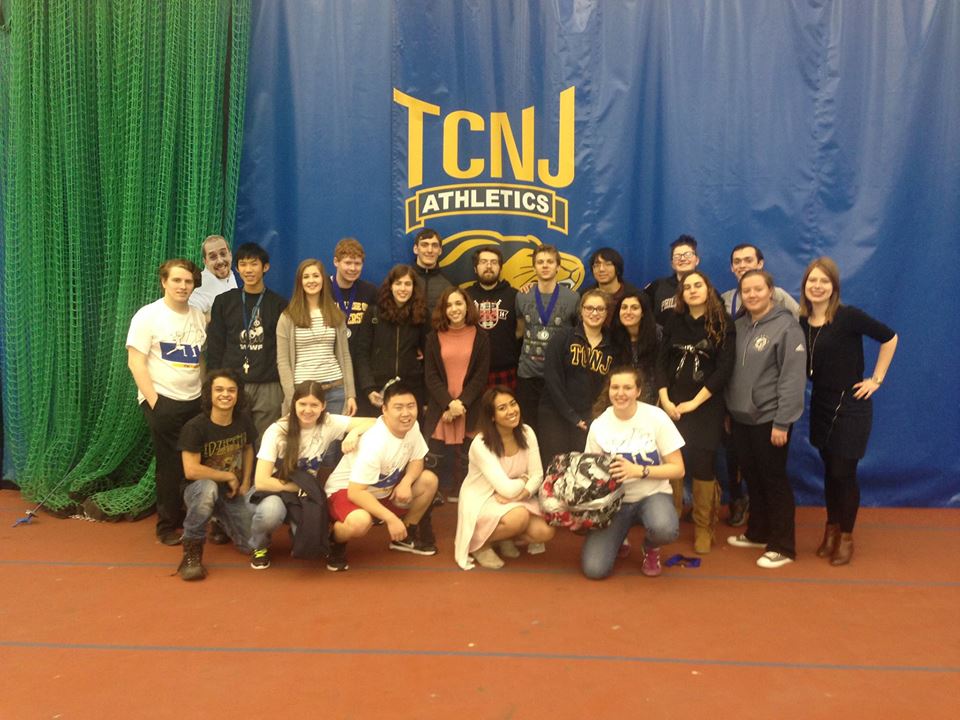 TCNJ Lions Fencing Club became officially funded by the Student Finance Board, and recognized by Student Government in 2010, three years after the club began.  At the time the club had forty active members.  However, in 2012 after a leadership lapse, the club lost excitement and many members.

In the Fall 2012 semester, leadership (and equipment) was given to Joanna Felsenstein, who worked to rebuild the club.  In the Spring 2013 semester, the TCNJ Lions Fencing Club obtained new members who worked together to find an adequate meeting place for practices, to fix and renew equipment, and recruit members, also whilst working with the existing advisor, Dr. Jim Bricker.


At the beginning of the 2013-2014 school year, Jonathan Seidel joined the fencing club as the volunteer head coach.  Our club expanded and had routine semi-weekly practices.  In the 2014-2015 school year, the TCNJ Lions Fencing Club became a Club Sport, and earned the privilege of practicing in the gym, receiving sports recognition and funding from the school, as well as working with the other club sports at TCNJ.  The team joined SAC - Southern Atlantic Conference, a co-ed club fencing conference and MACFA - Men's Atlantic College Fencing Association, a men's collegiate fencing league for our region. The 2015-2016 school year witnessed a dramatic increase in membership which resulted in a very successful season and strong team friendships. We are also a member of the NIWFA- National Intercollegiate Women's Fencing Association, and now an official club of USFA - The United States Fencing Association.


The goals for the 2016-2017 year include: expanding membership, raising funds to compete at more tournaments and further building the bond of our team!  We look forward to seeing you at practice!

Épée
The épée is the heaviest of the three blades; it's stiff and heavy (in comparison to the other blades).  Touches are scored by stabbing anywhere on the opponent's body with the point, and double hits are permitted.  Bouts can often take the full three minutes, as allotted, and sometimes going into overtime.

Sabre
Sabre matches often take the least time. Touches are scored by either slashing or stabbing at the opponent's upper body.  The blade is flat and fairly light, with a guard covering the knuckle.  In the event of simultaneous touches, a set of rules known as right-of-way determines who scored the point.

Foil
The foil is the lightest of the three blades, and quite malleable.  Touches can be scored on the chest or back, and similar to sabre, touches are determined based on right-of-way in the event that both fencers score simultaneously.

History of Fencing
Fencing has its roots in ancient combat. Around 1200 BC, the Egyptians began the custom of fencing for sport. Rapiers were used for self-defense and dueling. Even though rapiers were edged weapons, the primary means of attack was the thrust.

The Italians, Spanish, and French can all claim parentage for modern fencing. During the Renaissance throughout Europe the discipline of fencing took on the aura of high art, with masters refining and passing on to a select few their secret techniques. In the 18th century, treatises appeared in print setting forth the current system of rules and scoring, and prescribing a foil, a metal mask with eyeslit, and a protective jacket, or vest, as equipment for use. The rules were intended to simulate real combat while protecting the safety of the combatants. "Conventions" were subsequently adopted to limit the target area of the body and providing for a "right of way" for attacks.

"Right of way" was established to eliminate simultaneous attacks in foil and sabre fencing. It is the differentiation of offense and defense, made by the referee. Epee does not use right-of-way, but instead the fencer who first gains the touch earns the point. If both fencers hit within 1/25 of a second, both earn a point.

Fencing has been in the Olympic program from 1896 onwards. The first Olympic games featured foil and sabre fencing for men only. Epee was introduced in 1900. Epee was electrified in 1936, foil in 1956, and sabre in 1988. Women's foil first contested in the 1924 Olympics. Women's epee contested in 1996 although it has been part of the World Championships since 1989. Women's sabre first made its appearance in the 1998 World Championships as a demonstration sport.